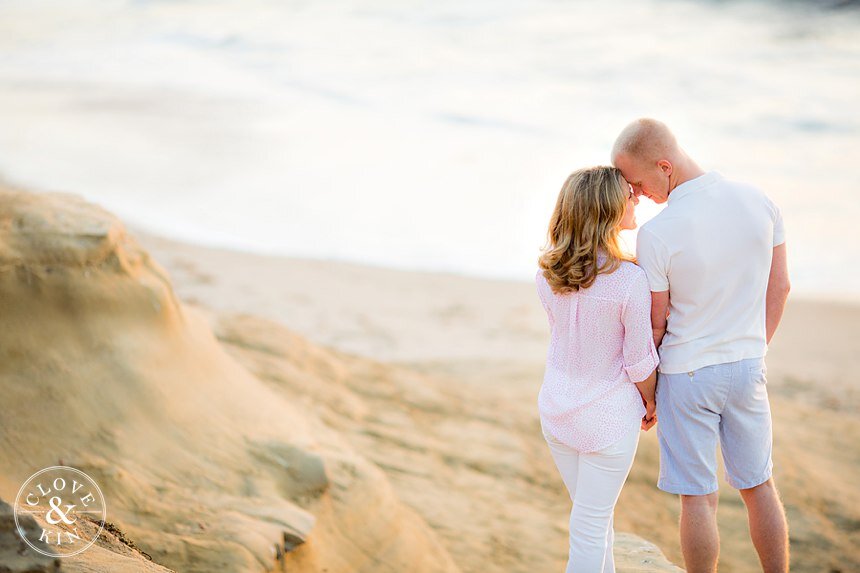 Ashley & Stephen are usually inseparable, but they’ve had to spend lot of time apart recently, with Stephen serving bravely in the Marines. Now that they’re together again, their gorgeous wedding at L’Auberge Del Mar is just two months away and they are head-over-heels excited! These two are perfectly comfortable together, and every step of their story so far has been sweeter than sweet. (That’s definitely not surprising, though – Ashley is an AMAZING baker.)

They first met at Washington University in St. Louis, where Ashley was studying accounting and finance, and Stephen was studying physics. These brilliant sweethearts were watching a football game during Stephen’s first weeks at college, and Ashley and her friend were stuck on the couch next to someone they didn’t really like. When that guy got up to get some food, the two of them yelled over to Stephen to sit down before he came back. Ashley & Stephen have been best friends ever since!

They were on the rowing team together, as well, and their shared love of the water really shows in their romantic seaside engagement session. Ashley & Stephen live in the heart of lovely La Jolla, and it was so much fun to explore the cute paths and boutiques of their neighborhood, before slipping down to the sea.

So excited for the big day!

We're a team of photographers who love to savor & celebrate the in-between moments 💕 || Lovers of champagne & heart-eyes emojis. 😍😍😍

This image just speaks to our hearts. 💗 It's

Everything about this screams elegance. ✨ Happ

As we head into a long weekend, take a moment to s

This bouquet by @jennifercoleflorals is what dream

It's Friday, and we're all feelin' READY to get ba

May your Monday be as joyful as THIS moment when R